Democracy : political form of government carried out either directly by the people (direct democracy) or by means of elected representatives of the people, as if the people and the elected person were one, linear line of decisions.

Communism : a social structure in which classes are abolished and property is commonly controlled, as well as a political philosophy and social movement that advocates and aims to create such a society. Karl Marx posited that communism would be the final stage in society, which would be achieved through a proletarian revolution and only possible after a transitional stage develops the productive forces, leading to a superabundance of goods and services.

Picture of a communist star

Socialism : a political philosophy that encompasses various theories of economic organization based on either public or direct worker ownership and administration of the means of production and allocation of resources. The Marxist conception of socialism is that of a specific historical phase that will displace capitalism and precede communism. 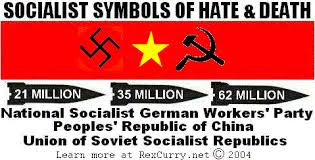 Liberalism : is the belief in the importance of liberty and equality. 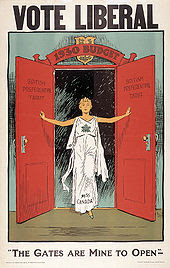 Poster from a Canadian Liberal Party
New World Order : a conspiracy theory in which a group is conspiring to rule the world via world government and globalization

Illuminati : refers specifically to the Bavarian Illuminati, an Enlightenment-era secret society founded on May 1, 1776. In modern times it is also used to refer to a purported conspiratorial organization which acts as a shadowy "power behind the throne", allegedly controlling world affairs through present day governments and corporations, usually as a modern incarnation or continuation of the Bavarian Illuminati. In this context, Illuminati is often used in reference to a New World Order (NWO). Many conspiracy theorists believe the Illuminati are the masterminds behind events that will lead to the establishment of such a New World Order. 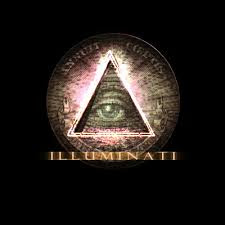 The logo of PKR

Freemasonry : a fraternal organisation that arose from obscure origins in the late 16th to early 17th century. Freemasonry now exists in various forms all over the world, with a membership estimated at around five million. The Freemasons and the Illuminati are hand in glove. 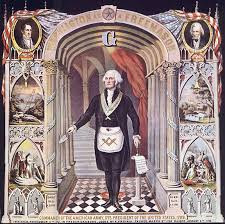 Islam : acceptance of and submission to God, and believers must demonstrate this by worshiping him, following his commands, and avoiding polytheism.

Christianity : * belief in God the Father, Jesus Christ as the Son of God and the Holy Spirit
* the death, descent into hell, resurrection, and ascension of Christ
* the holiness of the Church and the communion of saints
* Christ's second coming, the Day of Judgement and salvation of the faithful.

DAP : Democratic Action Party, or DAP (Malay: Parti Tindakan Demokratik) is a secular, multi-racial, social democratic/democratic socialist Malaysian political party. DAP gained prominence for its advocacy of the "Malaysian Malaysia" concept. DAP was originally the Malaysian branch of the Singapore People's Action Party (PAP). The party formally registered itself as a democratic socialist party on March 18, 1966. DAP declared itself to be "irrevocably committed to the ideal of a free, democratic and socialist Malaysia, based on the principles of racial and religious equality, social and economic justice, and founded on the institution of parliamentary democracy. In October 1967, the DAP joined 55 other socialist parties belonging to the Socialist International (SI) at the SI International Conference in Zurich, Switzerland.

PAP : Parti Tindakan Rakyat; is the leading political party in Singapore. According to Diane Mauzy and R.S. Milne, most analysts of Singapore have discerned four major "ideologies" of the PAP: pragmatism, meritocracy, multiracialism, and Asian values or communitarianism.

Malaysian Malaysia : originally used in the early 1960s as the rallying motto of the Malaysian Solidarity Council, a confederation of political parties formed to oppose Article 153 of the Constitution of Malaysia. It is widely associated with Lee Kuan Yew, then leader of the People's Action Party (PAP), the prime constituent in the Malaysian Solidarity Convention; who was foremost a critic against the racial policy.

The conclusion is that Islam and Communism(DAP) cannot come together. Therefore, PAS is not a real Islamic party. PKR is the tool of Illuminati to promote NWO in Malaysia.
Posted by Wake UP! at 3:55 AM