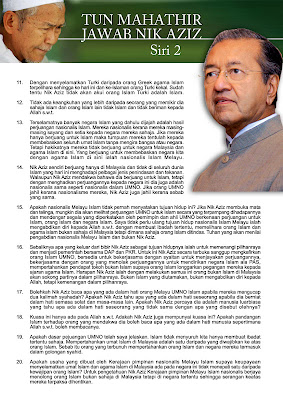 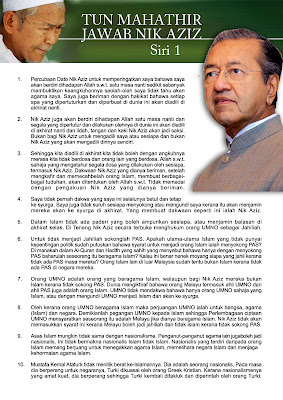 An article by Beruang Biru

Writer is a little puzzled on why would DAP highly object on the establishment of the committee that evaluates the development of Lynas Advance Material Plant (LAMP) in Balik, Pahang.

The Parliament is a place where representatives of people make their arguments, would there be any other place that is suitable for rakyat to voice out where they agree or disagree on the plant if its not the Parliament.

What they did was that they fill up people in a bus to Kuantan, then they went around saying that rakyat does not agree with Lynas. Could the number truly justify the opinion of Malaysians as a whole? Unless if it was done in the Parliament, then we might have agreed to that.

Writer are aware that DAP is afraid that the truth on Lynas had been spread among rakyat. This may have occurred due to the tons of lies that thy had made on Lynas. It is now time for people to really know the truth, and it is the time to reveal the man behind these lies to the public.

To simplify things, DAP's disagreement represents the pact of rare earth developers in their forefathers' country that felt threatened with Lynas. This is the group that has been controlling the market all these while and they are scared that they might lose their business. With Lynas coming up, the decided to use DAP as their agent in Malaysia to put a stop in the matter.

Do not get confused, this is not about market competition. Th rare earth product that Lynas would bring is a lot more expensive to be compared to the price that the country who monopolize the business has been offering all these while. Also, the quality and its effect on natural surroundings are a lot heavier on Lynas's side, making it easy to penetrate the European market.

What they have been feeding us is that as if Lynas would devastate the environment etc. That is just a way to put people away from their real motive.

If it is radioactive, has radiation and nuclear, Fuziah Salleh might have just as well made an objection towards the nuclear plant owned by Nuklear Malaysia in Bangi. Coincidently, Fuziah is just temporarily resides in Pahang, Now that is the real nuclear plant, Lynas is not even a nuclear plant, it is just a chemical plant.

Why Fuziah did not make any demonstration or Perhimpunan Hijau at that place?

It is because she does not know anything, she was only used by the chauvinist party, DAP. Without a doubt, the issue is not really about the environment, it is more to protect their 'country''s business in the Mainland. We are still yet to talk about the support that is given by PAS's MP from Hulu Langat, YB Dr. Che Rosli who is also a nuclear expert on Lynas in Malaysia.

Not BN, but even PAS had joined to say no to their lies by providing facts, not rhetorical things.

People, DAP is not even the government yet, or even a part of the Malaysian government. But they had start to become a tool for foreign nations to sabotage our own economy. Just imagin what would happen if they were to rule the country. The issue is a lot bigger than their racist attitude. Fuziah Salleh and Khalid Samad only sees money and power that they are open to be used by DAP.

That is why writer was told yesterday, the ones who make most objections in the Parliament are DAP MPs. Why? Refer above.