Any country have the right to defend themselves

Iran should defend its flotillas if they are attacked by the Israelis terrorist by shooting at the terrorist because the terrorist had no right to stop others in the international water.

Abdolrauf Adibzadeh, the Red Crescent director for international affairs of the Iran's Red Crescent had announced it will send 2 aid ships to Gaza to break Israel's regime blockade on the territory.

One ship will be filled with aid such as food and medicine while the other will be carrying relief workers.

"Volunteers who want to go to Gaza and help the oppressed people of occupied Palestine can refer to the Red Crescent website and register," Adibzadeh said.

"If the respected leader of the revolution (supreme leader Ayatollah Ali Khamenei) gives an order in this regard, the Revolutionary Guards' naval forces will take a practical step using their capability and equipment to escort flotillas to Gaza," Khamenei's aide in the Guards' naval wing, Ali Shirazi, told the Mehr news agency on Sunday.

Mahmoud Ahmadinejad, the Iranian president, has lashed out at Israel, demanding that it face "political sanctions" for the raid on Mavi Mamara last Monday.

An Australian man shot in the leg during the incident said he was "left to bleed" by Israeli troops.

"Many of the soldiers that came up, picked up my passport because it was a different colour, looked at it, chucked it on the ground next to me and said, 'Ah, you're Australian," Ahmed Luqman told Australia's national broadcaster ABC, from his hospital bed in Istanbul.

Meanwhile, USA which are the slaves of the Israeli regime had sanctioned Iran for its nuclear enrichment. Susan Rice, UN ambassador had released that statement today which was shown in various mass media.

This propaganda by UN (one of the tools of the Illuminati) is not surprising since they will brand any Muslim countries as being terrorist if they develop their nuclear plant.

So where is the fairness in that when USA can have their nuclear power but won't let others have it even though others will not use it to bully weaker countries like what the USA is doing.

Blair is so hillarious in his statement published in The Jerusalem Post titled "Blair: 'I am 100% on Israel's side' " in which he supports Israel's terrorist act towards unarmed volunteers which resulted in 9 activist on their way to deliver humanitarian aid was shot to death without any mercy.

"When it comes to security, I am one hundred percent on Israel's side."

What security are you talking about when it is only a sham to cover up Israelis terrorism towards the Palestinian civillians? Israeli naval commandos stormed an unarmed aid ship, brutally taking its passengers hostage and towing the ship toward Ashdod port in Southern Israel.

Netanyahu also proves what kind of a heartless dictator he is by saluting the IDF soldiers over the flotilla raid.

The Jerusalem Post published an article titled "Our right to self-defence under attack" does not show the truth of what had happened on Mavi Marmala when the Israeli Navy commandos attacked the ship first during the wee hours where the activist had just been awaken to do the morning prayers.

Prime Minister Binyamin Netanyahu said Tuesday that "Israel's right to self-defense is under attack." Speaking to elite IDF troops, the prime minister went on, "You have proved that there's no limit to your skill, and I salute you."

Passengers aboard the Rachel Corrie include:

Forced to stop proceeding to Gaza


Shamsul: We were forced to stop proceeding to Gaza
Posted by Wake UP! at 11:29 AM No comments:

The decision to ease the restrictions erected by Israel to isolate and punish Hamas comes a week after a deadly Israeli raid on a flotilla bound for Gaza.

"We have said since the first day that the blockade on Gaza will end, and we can see that on the ground right now. And we voice our hope that all other restrictions will be removed," Hamas spokesman Fawzi Barhoum said.

Look at the statistics here and here.

Hanin Zoabi, an Israeli Arab lawmaker who was on the flotilla stopped by an Israeli commando raid last week, has since been verbally abused by other members of the Knesset.

"I am used to getting such intimidation and threats all year but in the last days it has increased and the type of threats are more serious," Tibi said, adding that they came from "radical Jewish organizations here in Israel and from overseas."
Posted by Wake UP! at 8:54 AM No comments:

A communist party will ignore Palestinian or Muslim issues

Let's face it. DAP is unconcerned about the fate of the Palestinians slaughtered on a daily basis by the Israeli regime.

None of the plight faced by the Palestinians is worth to blog about in Lim Kit Siang's blog.

However, his son Lim Guan Eng is a bit clever by putting a 7 paragraph article condemning the Israeli attacks on the Freedom flotilla.

Though we are fully aware that is only pure 1st class acting straight from Anwar Ibrahim who had been quite hesitant to be condemning his big boss, the Israel who had been giving him the fund to create chaos in Malaysia since PKR is the Illuminati tool in Malaysia.

Even Teresa Kok has not even commented on it. Hannah Yeoh has not touched anything on that subject. None was written about it in Wong Ho Leng's blog.

We can conclude then that the same will be happening here in Malaysia soon if DAP were to rule the Federal Government.

DAP was the splinter party of PAP Singapore which is also a communist party. PAP has four major "ideologies" of the PAP: pragmatism, meritocracy, multiracialism, and Asian values or communitarianism.

Read about the link between Illuminati and communism here.
Posted by Wake UP! at 5:33 AM 4 comments:

For the ignorant Israelis and Israelis terrorist supporter

5th July 09 Video Free Gaza News Prisoners
Posted by Wake UP! at 3:07 AM No comments: 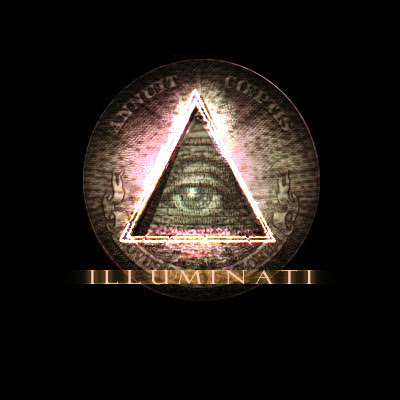 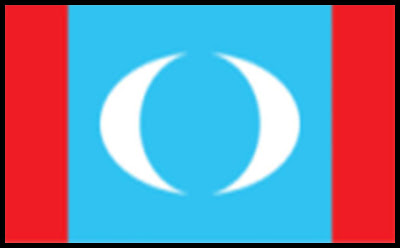 “Their excuse that those on board the ship were the first to attack is an insult to intelligence, since their boarding of the ship was in itself an act of aggression and it was those on board who had every right to defend themselves,” Mustaffa said in a statement sent via email to Malaysian Digest.

“This incident is yet another example of Israel resorting to extreme and shocking brutality in reaction to an act which the Israeli authorities are alone in seeing as a threat to their sovereignty,” he added.

That was the excerpt from an article titled "PKR Slams Israeli Attack on Mavi Marmara" dated 1st June 2010.

We know very well the connection of PKR and Illuminati where PKR is one of the tools of Illuminati here in Malaysia. So don't pretend to be a goody two shoes when you are in fact a wolf in sheep's clothing.

Only ignorant people will believe in PKR, whose leader, Anwar Ibrahim had persuaded Malaysia to accept the help from IMF(another tool of the Illuminati) in the 1997 Asean economic crises.

Here is what Tun Dr Mahathir had to say on the drop in the value of the Malaysian currency:

"We are Muslims and the Jews are not happy to see Muslims' progress. We may suspect that they have an agenda but we do not want to accuse them... If viewed from Palestine, the Jews have robbed Palestinians of everything but they cannot do this in Malaysia, so they do this."
Posted by Wake UP! at 12:01 AM 1 comment: