New bid to get Anwar's DNA

PUTRAJAYA: The public prosecutor in the Datuk Seri Anwar Ibrahim sodomy trial will today submit a 14-page application to the court seeking the presentation of the PKR de facto leader's blood sample.

The prosecution is citing Section 73 of the Evidence Act, read with Section 165 of the same act, which states: the judge may in order to discover or to obtain proper proof of relevant facts, ask any questions he pleases, in any form at any time, of any witness about any fact relevant or not.

The application says, among other things, that neither the parties nor their agent shall be entitled to make any objection to such question or order nor leave of the court to cross-examine any witness upon any answer given in reply to any question.

Solicitor-General II Mohd Yusof Zainal Abiden and his prosecution team, in applying Sarkar's Law of Evidence to support sections of the Evidence Act used, argues that when a man is exhibited whether voluntarily or by order, and even if the order goes too far, the evidence, if material, is competent.

Yusof will make a submission for judge Mohamad Zabidin Mohd Diah to review his decision in the trial-within-a-trial on Tuesday rejecting a mineral water bottle, Good Morning towel and toothbrush as evidence.

Yusof said it was not only logical but absolutely sensible for an accused person facing a charge of carnal intercourse against the order of nature, to voluntarily offer his DNA sample for matching with that of the crime scene sample, in order to exonerate himself.

He cited Sarkar's Law of Evidence's comment on section 165 of the act which says the chief function of a judge is to see that justice is done between parties, and a too rigid adherence to the set rules may sometimes embarrass him in the performance of his duties and defeat the ends of justice.

It also underlines that the position of a judge is not that of a moderator between contestants in a game with no inclination to interfere till the violation of its rules.

The judge, it said, had a much higher duty to perform as he must see not only that the proceedings were conducted according to the law, but also to administer justice and to find out the truth.

"It has also been said that counsel seek only for their client's success, but the judge must watch that justice triumphs.

"It is in the interest of justice that this application is premised upon that an innocent person must be acquitted and a guilty one be held liable for his crime."

Yusof, in his submission, also quoted the book Dealing With DNA Evidence: A Legal Guide which said, "DNA evidence has possibly the highest probative value of all, on par with fingerprint evidence, in identifying an individual."

He said it was best to hearken to the explanation in the book that DNA analysis had become an indispensable police tool as it allowed unambiguous identification of the criminal by traces of biological material left at the crime scene.

This picture says it all 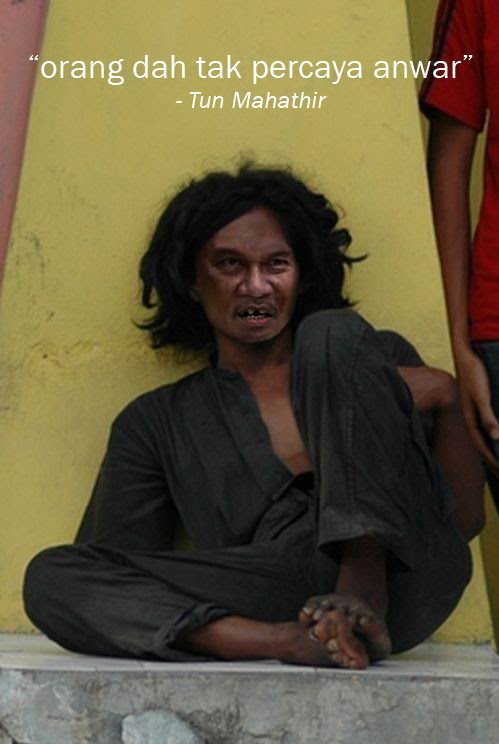